Our 2013 Alley Party held Saturday night, July 20th was a huge success! This event, in it’s third year, was first held after the devastating tornadoes in April of 2011 ravaged Cullman, Alabama. The first Alley Party was planned during a time when folks were physically and emotionally weary. The community had come together to help with the clean up efforts after many homes and businesses had been heavily damaged or totally destroyed by the F4 tornadoes. Southern Accents owner, Garlan Gudger, Jr., saw the need to bring everyone together for a few hours to rest and rekindle spirits.

Word quickly spread about the first Party which was planned in the alleyway running between Southern Accents showroom and warehouse. “Folks showed up for a much needed break,” Garlan stated. “We visited with one another and enjoyed a time of food and fellowship. It was a short period where we could relax and not think about the massive amount of work that still lay ahead. Everyone had such a great time that we decided to make this an annual event.”

This year’s party was the biggest and best yet! We would be remiss to not offer our thanks to those who made this year’s event possible.

The Southern Accents team put in several weeks worth of hard work preparing for the party. From cleaning and decorating the alley to constructing the stage and promoting the event, the Alley Party could not have happened without all of our team members help.

We would like to say a HUGE thank you to Cullman Sign and Banner. They provided the awesome welcome and social media banners as well as all the fun koozies we gave away to our guests.

Bill and Liz St. John worked hard baking incredible gourmet pizzas in their portable wood burning pizza oven for all the early arrivers. Folks are still talking about the pizzas and we are all coveting that oven on wheels! Clifton Holt of Little Savannah Restaurant was responsible for the mouth watering ribs. Declarations were heard from throughout the crowd that they were the BEST ribs they had ever had. Please visit Clifton at his restaurant in Birmingham, Alabama. Thanks to Shindigs food truck, also from Birmingham, for driving up and feeding all the hungry party goers late into the night. The food was delicious!

Amber and Carl from Southeastern Attractions did an outstanding job booking the entertainment for the night. Thanks to Cliff Fountain for all his hard work with the staging. Cliff hung with us and was a tremendous help all night! You can visit Cliff at Cullman Quick Copy.

Banditos… you guys ROCK! We had a blast! The band entertained the crowd until well into the night with their mix of classics and original tunes. Not only are these guys super talented but also incredibly nice. We can’t wait to have you back!

Thanks to Julia Masters for the incredible job creating the artwork for our limited edition t-shirts. We would also like to thank Jason White from The Final Touch for stepping in and doing a tremendous job printing the tees and having them ready in time for the party. If you missed the opportunity to pick up a t-shirt, we have just a few left. You can order them directly from our website.

Lisa Jones and Sharon McCormick Tucker did an outstanding job photographing this year’s event. If you have not visited our Facebook page, please stop by and flip through the 2013 Alley Party photo albums. If you attended the Alley Party, please look for your picture and tag yourself and your friends.

Thanks to our sponsors JCR Recycling and Bark-ley Contracting.

We would also like to say a special thank you to the Cullman Police and Cullman Fire Department. You guys are the best! 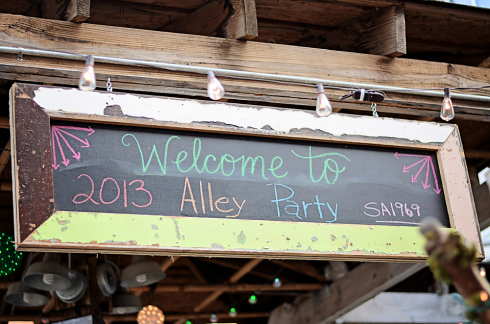 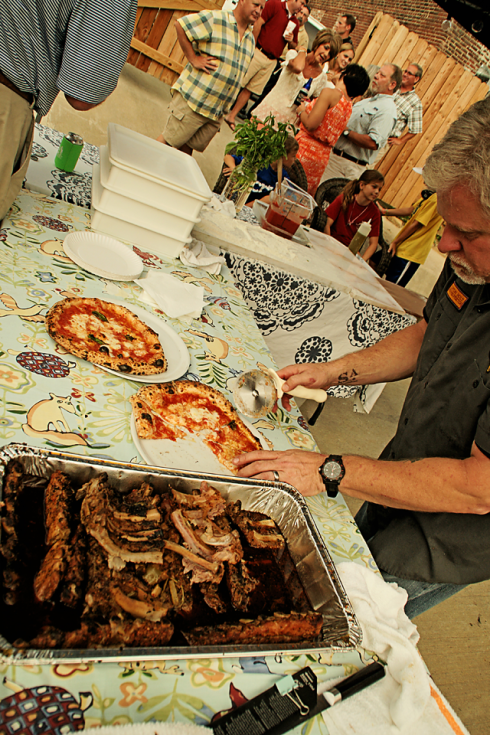 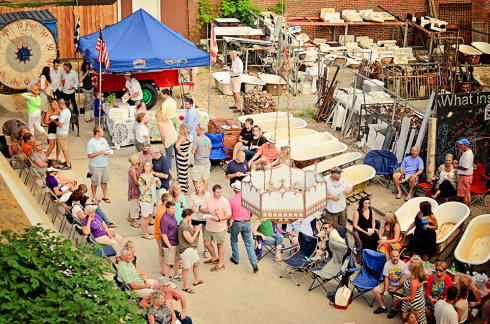 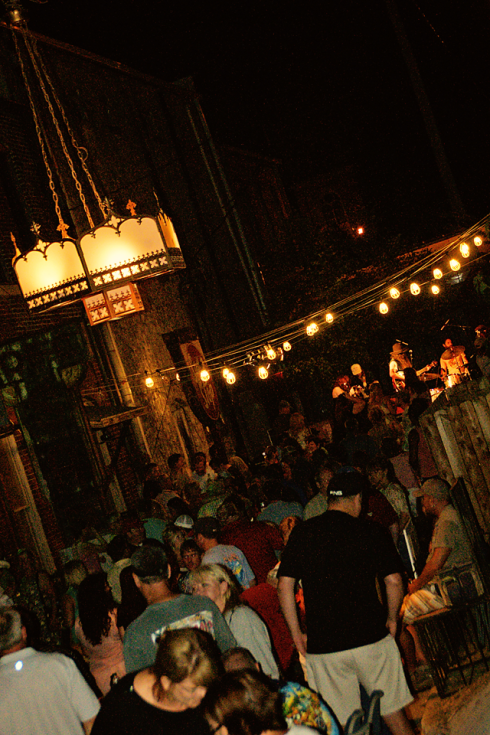 The Gothic chandelier that hung from a crane was a huge hit with party goers…especially as it lit up the night sky. 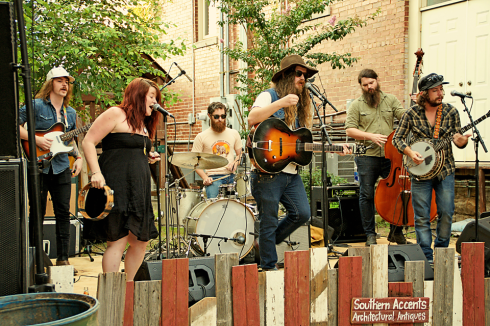 The Banditos entertained the crowd with their eclectic mix of Americana and Folk music.

All good things must come to an end! Thanks to everyone who attended the 2013 Alley Party! We can’t wait for the next one!